Study: A Look at the Bev Alc Industry's Progress on DEI Initiatives 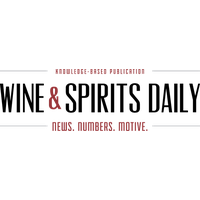 Study: A Look at the Bev Alc Industry's Progress on DEI Initiatives

March 17 2022 - In recent years, companies across industries have made more concerted efforts to promote diversity, equity, and inclusion. According to a recent study put together by Deloitte in collaboration with Women of the Vine & Spirits, the bev alc industry has made some progress on the DEI front, but there’s still a lot of room for improvement.

The study is a compilation of an online survey fielded among female members of the Women of the Vine & Spirits (WOTVS) between November 2021 and January 2022; a survey among corporate member companies of WOTVS; and a series of executive interviews.

The goal of this research “is to help identify both leading practices and areas for improvement” and to create an “industry-specific baseline” to establish “a standardized framework to measure performance against DEI going forward,” per the study.

Below are a few highlights.

10% HAVE SEEN “SIGNIFICANT POSITIVE CHANGE.” As aforementioned, DEI has been made a priority but what kind of progress has been made in the last five years? About 10% of female respondents said they’ve seen “significant positive change” in the bev alc industry’s attitude toward female professional employees over the last five years. Now that’s pretty low, but about half of those surveyed said they have seen at least “some positive change.”

“The promotion of DEI has gotten better, but substantive change hasn’t happened yet. At this stage, it feels more like the DEI equivalent of greenwashing,” said one industry executive. Indeed, 81% of those surveyed said they believe minorities are underrepresented among their company’s respective senior executives.

Moreover, less than 20% of women surveyed said they think their company’s efforts on DEI have been “very successful” in creating a better workplace. Around 40% said they’ve been “somewhat successful.”

MOVING FORWARD. Currently, 33% of bev alc companies do not have a targeted recruiting strategy for women; 74% do not publish an annual corporate responsibility report; 48% have not performed an equal pay audit in the last fiscal year; 67% do not require managers to have clear DEI goals in their annual performance review; and 37% do not require all managers to complete unconscious bias training.

So, what’s the benefit in focusing on DEI programs? Overwhelmingly, the top responses were diverse perspectives in decision-making, and enhanced creativity and innovation at 91% and 85%, respectively.

Similarly, another exec said: “The more the organization is a mirror image of its customers, the better it will do.”

The report concludes with a few things for bev alc companies to consider to continue to make progress against DEI objectives including: 1) perform a current-state assessment; 2) align on DEI priorities; 3) drive change from the top – set measurable targets to improve the workplace environment; 4) refresh talent strategy; and 5) focus on mentorship and sponsorship to create a supportive environment.