No Women, No Wine 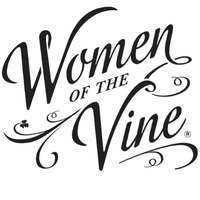 No Women, No Wine

Story by Richard Olsen-Harbich is the winemaker at Bedell Cellars in Cutchogue, N.Y.

The past year has seen women making great strides. For the first time in our nation’s history, we have a woman running for president. If the trends hold, women will make up the majority of voters in 2016. The fact is, without women, no candidate of either party can win the U.S. presidency. It’s also becoming more apparent that without women, the wine industry would be in very big trouble.

Acclaimed wine writer and critic Jancis Robinson has called this decade the era of “the feminization of wine.” Women currently make up more than half of all wine consumers in the US and overall, they control $4.3 trillion of the $5.9 trillion in annual consumer spending. According to the Wine Market Council, women currently purchase 71% of all retail wine sold in America and about 75% of all women will purchase wine at some point for their household. The result is a greater marketing effort toward women consumers. Ultimately, it makes good business sense to make sure that communication messages have appeal to women. Most importantly, however, women are fast becoming a significant portion of the industry’s leaders themselves. Years ago, winemakers’ daughters were groomed for sales or hospitality while sons followed their fathers into winemaking. Today, women are rising above old stereotypes and gaining positions of great importance in the wine industry. On the production side, more women than ever are making their presence felt as oenologists, wine makers, vineyards managers and cellar workers.

According to Professor David Block at the University of California (Davis), nearly half of the 2015 Spring graduates of the university’s prestigious Viticulture & Enology program were women. In 1999, only 12 of the 33 students were women.

This past decade has also seen more women take on the roles of wine directors and sommeliers at some of the nation’s top restaurants - roles in the past that were traditionally held only by men. In 2014 and 2015 there were more women than men among new Masters of Wine. There is now even an exclusive wine competition that is judged solely by women. Known as the Feminalise, this tasting event serves as a reference point to guide female buyers and consumers. All of this has led to changes at the nation’s top wine publications. A decade ago, it was rare for any of the major wine rating magazines to have a female taster on staff. Today, it’s clear that without women tasters, their ratings would be far less meaningful. Here on Long Island, we have a long history of women playing crucial roles in our development as a region.
The first commercial winery was founded by Louisa Hargrave in 1973 and the Cornell University Grape Research Program in Suffolk County has been led since 1987 by Alice Wise. On the North Fork, women are involved as owners, winemakers, vineyard managers and sales managers. There are presently at least eight women who are working as either winemakers or assistant winemakers and one vineyard manager and assistant vineyard manager. Just recently, the Long Island Wine Council hired Ali Tuthill as their new executive directorand charged her with the mission of guiding the organization into the future.

Nationally, groups dedicated to women in the wine industry are becoming ubiquitous. Deborah Brenner, founder and president of the Women of the Vine Alliance, states that “the wine industry is still very much a male dominated profession. It is not surprising when you delve into wine history and how it evolved around the globe. However, today, women are really pushing the boundaries and are making amazing strides in all aspects of the wine world. I think that men and women are both influencing the wine industry but the approach is a bit different. It is not a gender thing but just a reality on how women interact with each other, share information, seek to collaborate and build relationships.”

Julie Brosterman, founder and editor of Women & Wine, also states, “In every profession a ‘woman’s touch’ has changed the dynamics and the wine industry is similar. Men close ranks and have each other’s back more than women who tend to be more independent. They haven’t had that ‘boys club’ benefit that men have had in this industry but that will happen as there are more and more women in visible roles. The role of women in wine is growing and fast. I think there will be more women in sales then men in about 10 years as well as more daughters taking over wineries as their parents retire. It’s fantastic!” Although great strides have been made by women in the industry, not everyone believes that true equality has been achieved. Monika Elling, CEO of Foundations Marketing Group in New York City, argues that the imbalance of the sexes goes deep. “Wineries and winemaking are one component where women are more visible, occupying significant roles but by and large these are not positions that command serious power,” she says.

For centuries, men have conspired to keep women from achieving positions of influence in the world of wine. Thankfully we have seen great change — but like most things in the wine business, change is slow in coming. Women still have to break through to the upper echelon of corporate leadership at larger wineries and distribution networks. Looking at the trajectory, I don’t think it’s very far off. As has happened with most American businesses, women are gaining influence by the day. I have no doubt that within a few more years many successful women will indeed rise to positions of power as true gatekeepers.

I believe the future of the wine industry today is much brighter because of the dedicated work and passion of women. The daughters of tomorrow will surely be following their mothers into the cellar and vineyard. Without their extraordinary contributions, we would indeed be facing a world that was described a long time ago by the great Mark Twain: “What would men be without women? Scarce, sir...mighty scarce.”