Examining Industry Efforts to Elevate Women in Wine and Spirits 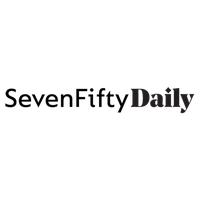 Examining Industry Efforts to Elevate Women in Wine and Spirits

By Caitlin A. Miller

February 28, 2022 - In recent years, more attention has been paid to the challenges women face in the beverage alcohol industry. Reviewing the progress women have made—and why there’s more work to be done.

Women have a long history of working in wine, spirits, and beer, but only recently have the vast contributions of women—and the difficulties they face—become a prominent part of the dialogue within the beverage alcohol industry. Events such as the #MeToo movement drove women’s issues into the national spotlight—and drove home the specific challenges women face in the particularly male-dominated beverage alcohol industry.

While women-focused trade groups have been around since at least 1990, when Women for WineSense was founded to provide education and networking opportunities, their visibility and reach was limited. But over the past 10 years, things have begun to change. Events like the Women in Wine Leadership Symposium (WWLS) and organizations like Women of the Vine & Spirits (WOTVS), Lift Collective, Bâtonnage, and Dream Big Darling have become driving sources of change by bringing women together and giving them a platform to speak about their experiences.

For many women, real progress was not noticeable until recently, when broader social movements and industry-specific scandals forced many more people to face the harsh realities of what it means to work in the beverage alcohol industry as a woman, as a person of color, or as a member of any minority group.

Fortunately, the beverage alcohol industry, like the world at large, continues to evolve rapidly. New, younger voices are demanding change and experienced female leaders are actively engaged in bringing about that change. SevenFifty Daily spoke to women from across the industry about the progress women have made, the hurdles that remain, and how to keep moving the industry forward.

After Years of Hard Work, Noticeable Change is Happening

Deborah Brenner, the founder and CEO of WOTVS, first entered the industry 16 years ago while working on her book Women of the Vine: Inside the World of Women Who Make, Taste, and Enjoy Wine. “People weren’t talking about women in the wine business,” she remembers. For years, resources for women remained scarce. “Many people didn’t have a voice,” recalls Mary Gorman-McAdams, MW, the director of the International Wine Center in New York City and a member of WWLS’s advisory board.

Without a platform, it was difficult for women to address the challenges they were facing, let alone take action. In a field dominated by men, bound by traditions and rigid expectations, it was hard to find a space where women felt comfortable voicing their concerns. “I remember thinking,” says Gorman-McAdams, looking back to 2012 when WWLS began, “‘will we actually succeed in creating an environment where the bravado is gone and we can actually address the real challenges?’” A significant part of the success of organizations like WWLS and WOTVS was their ability to foster a safe environment where women felt comfortable digging into difficult topics. “We started off slowly, trying to break down barriers, but also being a little bit safe, but I think it worked,” says Gorman-McAdams.

In recent years, more organizations have sprung up to help tackle the diverse set of challenges women face. This has created a wealth of opportunities that include education, networking, mentorships, and scholarships. “These organizations have helped women realize that they are not alone, and that they are part of a great community that face similar obstacles and challenges,” says Sarah Bray, the cofounder of Bâtonnage. Michelle DeFeo, the president of Laurent-Perrier U.S., echoes this sentiment. “Twenty years ago, you didn’t want to appear weak. The idea of asking for help—I would never have thought of that. Now, there’s the recognition that we can help each other.”

With a larger support network, more women are breaking into the industry and taking on more senior positions. “Over the last 10 to 15 years, I’ve seen more women in the industry, not just as winemakers but also in executive leadership roles,” says Stephanie Jacobs, the director of winemaking at Cakebread Cellars. “We have had women across our executive team from CFO … to VP of sales and marketing.” Data from more than 4,200 bonded wineries in California shows a similar statewide trend; the share of lead female winemakers has increased from 10 percent in 2011 to 14 percent in 2020.

While the number of women in the industry has undoubtedly increased, the percentage of women in senior leadership roles remains well below where it should be. “Maybe we had success in sales and middle management, but upper management is essential. Ownership is essential,” says Madeline Triffon, MS, an advisory board member for WWLS and the in-house Master Sommelier for Plum Market in Detroit. This is especially true in the spirits and beer sectors. “The spirits industry is a 353-billion dollar industry that women are currently largely underrepresented in. According to 2019 McKinsey & Co. data only four percent of women are in C-suite positions [as of 2018] and that’s a huge issue,” explains Dia Simms, the CEO of Lobos 1707 Tequila and Mezcal.

When Fawn Weaver, the CEO of Uncle Nearest Whiskey, named Sherrie Moore as the head of whiskey operations, it was a first for the spirits industry. “Now we’re seeing so many [women] be named assistant master distiller, master distiller. That just wasn’t something we saw at all when we first came into the industry [in 2018],” explains Weaver. “The [whiskey] industry was very white and very male and it still is.”

With women so underrepresented, and their needs rarely taken into account, many other problems persist—most noticeably, the lack of support for mothers. “Many of the most tangible hurdles that still exist relate to women as mothers,” says Stevie Stacionis, the cofounder of Bâtonnage. “Simple things like maternity leave are not universally adopted by wine businesses.” Moreover, many positions in the industry require long, labor-intensive hours in a winery or on a restaurant floor, plus the need to work nights and weekends. The physical demands are nearly impossible to sustain while pregnant or with young children, and with little to no support from employers, women are forced to make difficult choices. “Many [women] have chosen family over career because they’ve had to,” says Gorman-McAdams.

The problems don’t end there, explains Katie Canfield, a partner at the Bâtonnage. “For women in general, mothers or not, the pay-wage gap persists, sexual harassment persists, conflicting expectations of women as leaders persist … it goes on,” she notes. The pay gap remains particularly frustrating for many women. “U.S. women today only make 82 cents for every dollar men earn (less for minorities),” explains Tawnya Falkner, the owner of French sparkling wine brand Le Grand Courtâge. “It’s clear there is advancement, but it’s still not equal.”

One of the most glaring hurdles plaguing the industry is its overall lack of diversity. “Throughout my career, I have seen and experienced firsthand the challenges of being a woman of color in leadership, especially in the spirits industry,” says Simms. This lack of diversity not only hurts the individuals that are being held back, but data shows it hurts a business’s bottom line, too. “Not only is it statistically proven that more diverse businesses are more profitable,” explains Simms, “but it’s also an opportunity to think a little bit differently, understand different perspectives, and make change.”

After decades of work, many women have come to realize that the problems they face are not ones they can fix on their own. Brenner has long been a proponent of including men in the conversation as men often hold decision-making power. Annette Alvarez-Peters, the founder of consultancy firm annette a.p. Wine and Spirits Inc. and a mentor and an advisor for Bâtonnage and Wine Unify, respectively, agrees. “In order for [women] to be successful, it must be a focus from the top down in any organization.”

Bringing more men into the conversation was one reason why Rania Zayyat, the founder of Lift Collective (formerly Wonder Women of Wine), decided to rebrand. “We started to feel like it was a bit of an echo chamber. We all know what we want to see change, but we can’t do it alone,” says Zayyat. “It was also about shifting the conversation. These aren’t just women’s issues, these are industry issues. Women are half the workforce.”

In Weaver’s experience, having allies is key to succeeding in the whiskey industry. “You have to create allies, and those allies are very unlikely to be other people of color, and they are very unlikely to be women because there are so few of us,” says Weaver. “It’s very difficult for us to be allies for another person that’s trying to come up because we are still trying to come up ourselves.”

With more scholarships and mentorships popping up, it has become clear that many of these opportunities are not yet reaching much of the underserved audiences they’re aimed at. Even when some women see these opportunities, they can still feel unattainable. “If the people you’re hoping to attract are intimidated by you, are intimidated by your organization … that’s not going to work,” says Gorman-McAdams. “We have work to do in terms of making people feel comfortable and capable of turning in an application.” “If you’re looking from the outside in and you only see one woman, it’s not exactly encouraging,” adds Triffon.

Industry leaders like DeFeo are working to tackle this issue by changing their recruitment strategy. “We’re taking a more active role in seeking candidates out instead of waiting to see what resumes come in,” says DeFeo, noting that Laurent-Perrier participated in the Be the Change career fair, which offered opportunities to connect companies with diverse candidates.

It’s equally important to invest in candidates once they’ve come on board in order for women and other minorities to advance into more senior roles. “Managers who are successfully advancing equality and equity in their firms are taking a more inquisitive approach—rejecting old scripts, seeking an evidence-based understanding of how women/minorities experience the workplace, and then creating the conditions that increase prospects for success,” explains Falkner.

Women have made inroads into every segment of the beverage alcohol industry, but much of the hard work of realizing equality, safety, and support within the industry lies ahead. Making these goals a reality will require buy-in from all stakeholders, regardless of gender or race. Fortunately, there’s real momentum propelling the industry forward and a workforce brimming with galvanized individuals ready to face these challenges head-on.