3 Organizations Driving Change and Doing Good in the Drinks Industry 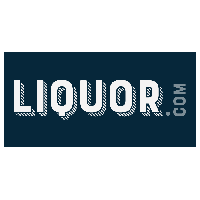 3 Organizations Driving Change and Doing Good in the Drinks Industry

By giving back and helping others, they’re effecting positive changes.

March 31 2022 - Clichés often start out as statements of truth. The phrase “actions speak louder than words” is a prime example. It may now seem well-worn, but its core encouragement to leave the sidelines and do something impactful still holds great meaning.

The phrase’s intent carries a heavy weight in the drinks industry. During the time the pandemic ravaged the bar world, the spotlight intensified on issues that have long plagued the industry, including harassment, racial inequality, and a lack of wellness solutions. As the world gradually returns to normal, the industry finds itself in a position to make improvements.

Several organizations are leading the charge for positive change. Their approaches to effecting this change vary as widely as their focuses, yet all have a shared goal of building progressive-minded communities that offer support to their members and encourage opportunity and growth. The organizations’ work brings to mind another phrase commonly quoted in the drinks industry: A rising tide lifts all boats.

An Online Community for Women Bartenders

In 2021, Deborah Brenner launched Badass Bartender, a private Facebook group that invites women bartenders to network, share stores, and promote potential career opportunities. For Brenner, the site represents a way to uplift women that digs deeper than conventional promotional tools. “I felt like we didn’t need another cocktail competition highlighting women in the industry. Women made up 60% of the industry prior to the pandemic,” she says. “What we needed instead was a community that provided these women better opportunities for empowerment and support.”

The launch was the culmination of a three-year journey that began with Brenner purchasing the domain name Badass Bartender in 2018. She knew she wanted to create support for women in the bar industry, and she had prior success in creating similar groups: In 2015, she launched Women of the Vine & Spirits to provide support and opportunities to women in the alcoholic beverage industry. However, the concept remained in the idea stage until Brittnany Merrill-Yeng, the co-founder of Skrewball Peanut Butter Whiskey, reached out to Brenner and asked about ways to support women in the industry during the pandemic. The inquiry sparked a collaboration that established Badass Bartender’s framework and led to Merrill-Yang taking on an advisory role.

Since its launch, Badass Bartender’s private Facebook page has grown to a community of more than 9,000 pre-screened industry members, a roster that also includes LGBTQ, gender-fluid, and non-binary individuals as well as male allies. Each member has access to the resources offered by Women of the Vine & Spirits, including a 24-hour employee assistance program hotline. The group has also formed collaborative efforts with brands including Tito’s Vodka and organizations such as the Distilled Spirits Council (DISCUS) to create events that facilitate conversations ranging from harassment training to closing the industry’s gender gaps. While an emerging post-pandemic environment marks an ideal time for these conversations to occur, Brenner hopes they inspire action. “The pandemic put the spotlight on inequities, and it’s not just enough to talk about it anymore,” she says.  “We must turn our passion for change into purpose.”

Supporting Health and Wellness in the Industry

One of the prime motives behind Focus on Health’s advocacy for mental health and wellness within the drinks industry is an acknowledgement of a dichotomy. “Bartenders and drinks professionals don’t feel comfortable talking about their own struggles because they work in an industry that focuses so much on good times,” says Alex Jump, the organization’s co-founder.

Founded in 2020 during the pandemic, Focus on Health aims to provide resources that encourage these difficult and reluctant yet needed conversations to occur in a safe environment. The organization’s roots come from personal experience. Lauren Paylor, Focus on Health’s owner and director of operations, dealt with bouts of aimlessness and depression after being laid off from her D.C. bartending job during the pandemic’s early stages. Jump’s own battles with depression and anxiety further crystallized after a bartending competition’s question made her realize she wasn’t taking care of herself sufficiently. Rather than retreating inward, the duo felt compelled to reach outward to assist others who may share similar struggles. With the help of other drinks-industry professionals, they have created a virtual repository of podcasts, webinars, programs, and resource materials that discuss different shades of wellness, such as mental and physical health and financial stability. They also provide resources that intertwine wellness with key social issues, such as racism and sexual harassment.

The wide range of ever-evolving content offered by Focus on Health is bound by four pillars that uphold the organization’s principles: safety, authenticity, inclusivity, and a global perspective. These pillars help Paylor and Jump emphasize the notion that there isn’t a “one size fits all” approach to wellness. It’s a philosophy that Paylor feels is crucial to providing support and guidance that make an evident difference. “We try to make the content we offer as customized as possible to meet the needs of the individual,” she says. “We’re very intentional about this. We don’t ever want to have these conversations just for the sake of having them. We need to make sure what we offer truly makes an impact, because health and wellness really is everything.”

Turning Tables’ bar training programs and events aren’t merely about teaching individuals how to make a drink. The organization’s mentorships and externships aim to build community and cultivate opportunities for BIPOC bartenders at every stage of their career, a process that strives to organically narrow the industry gap caused by systemic racism. “Nationally, there is a void when it comes to Black service workers,” says Touré Folkes, the founder and executive director of Turning Tables. “When you look at the bartending industry, the void is huge.”

Folkes set up Turning Tables in 2019 to reflect the organization’s home base in New Orleans, a city with a population that is nearly 60% Black. Its mission of mentorship is vital to Folkes, who credits the mentoring he received in New York’s Washington Heights and Harlem neighborhoods for his belief in the power of community. Folkes pays these lessons forward through his organization, establishing a safe space that provides aspiring BIPOC drinks-industry professionals the chance to gain hands-on experience and plug into the scene, as well as building connections and a sense of community he considers fundamental to the industry, despite it having somewhat faded in recent times. “Building opportunity through community used to be a big part of hospitality, but we’ve gotten away from that,” says Folkes. “What we’re doing through Turning Tables is bringing that mindset back.”

To accomplish this, Turning Tables engages a wide range of like-minded individuals and groups to hold seminars, host events, and run educational programs. This has involved forging partnerships with industry heavyweights such as Beam Suntory, Campari, and Diageo. Each partner endorses Turning Tables’ desire to build environments that will help eradicate systemic racism and encourage equality, a philosophy that is important in moving the industry forward. “The work we’re doing translates to meeting the needs of the people,” says Folkes. “Meeting these needs is a big part of the future, and it feels great to be a part of the solution.”