Registration for this event has passed
Event Details

ForceBrands will host a live thought leadership webinar with some of the bev alc industry’s top leaders on May 27 at 1 pm EST. Part of ForceBrands’ new leadership series, Born to Lead, panelists will discuss how they’re “Addressing Real Challenges and Driving Positive Change Through Leadership in Today’s Environment.”

Gathering together some of the best and brightest in the industry to discuss how they’re leading during COVID-19, the panel will be hosted by ForceBrands’ Founder and CEO Josh Wand.

Discover how top leaders from Mast-Jägermeister, Proximo Spirits, Cincoro, and more are inspiring others to lead with purpose to help move the industry forward.

This event is external from WOTVS.  Any questions on the webinar, registration, please contact Rebecca Fenton, Editorial Director, ForceBrands Jeff Popkin, President & CEO, Mast-Jägermeister U.S.
Jeff has spent 30 plus years in the beverage industry, with an expertise in sales and distribution in the US. He has worked for several global brands in a range of categories, including beer, spirits, premium nonalcoholic carbonated soft drinks, and health-and-wellness. Jeff is known for his ability to grow revenue, in both developed and emerging markets, and builds strong alliances with retailers and distributors.

Jeff is often heard saying “I’m in the people business, everything we do is about the people we work with. It’s been a staple throughout my career. I have a huge heart for people and the journeys they’re on.” Jeff is highly regarded by everyone he meets. It is his passion for people and their stories that helps him to be the dynamic leader he is today.

In addition to his role as CEO of Mast Jägermeister U.S., Jeff also serves on the Board of Directors for London based, Fever-Tree, the #1 premium mixer brand in the world.

As president of Vita Coco, from 2011 to 2015, he oversaw the years of explosive growth for the coconut-water brand. His longest tenure was at Coors, where he worked for 15 years, exiting as region president for the West. Deborah Brenner, Founder & CEO, Women of the Vine & Spirits
As a Social Entrepreneur, Deborah Brenner expounds beyond the entrepreneurial focus of growing a business and measures performance on the positive impact the business makes on society. She has manifested her vision with Women of the Vine & Spirits, and inspired people to support a movement in the alcohol beverage industry. She has presented a challenge that calls forth the best in people and brings them together around a shared sense of purpose, working with the power of intentionality and alignment with a higher purpose.

Deborah Brenner graduated from the University of Delaware with degrees in English and Journalism and was soon hired by a television and film technology company that required international travel to countries for whom wine is a part of everyday life. After over 20 years in the male-dominated field of high-end technology and owning a marketing and public relations firm, Deborah discovered during a fortuitous trip to Napa and Sonoma that many women in the wine industry — like her own — were under-recognized.

Compelled to tell their stories, she authored a bestselling collection of profiles on women in the wine industry, “Women of the Vine: Inside the World of Women Who Make, Taste and Enjoy Wine,” which Wine Spectator named a Critical Read of 2007.

Through the process of writing the book and championing its subjects, Deborah became inspired to enter the wine business herself, releasing wine from a first-of-its-kind collective of seven artisan women winemakers from Napa, Sonoma and Paso Robles. For the following seven years, Deborah learned the business inside and out. Ultimately, however, all the money, blood, sweat and (a lot of) tears could not foster women in the wine industry the way she had hoped, which led her to shut down the Women of the Vine wine brand and return to the drawing board.

A year later, in March 2015, Brenner organized the Inaugural Women of the Vine & Spirits Global Symposium which was a sold-out success. The women who attended sought out an opportunity to connect through a global network and seek ways to accelerate their business and professional development. They were looking for a forum to collaborate across all industry sectors and to do business with like-minded women and men. It was clear to Brenner that to make a positive impact on the alcohol beverage industry, women needed a voice year-round – not once, annually.

Membership to the organization opened September 2015. What started off as a one-off event and a grassroots movement quickly expanded into a global organization with corporate and individual members connected across 23 countries. Women of the Vine & Spirits has become a catalyst for creating a positive impact in the alcohol beverage industry by giving women globally a platform and a voice to thrive. Kate Shapira Latts is the Chief Marketing Officer for family-owned Heaven Hill Brands where she oversees the brand strategy, marketing programs and new product development for the company’s diversified portfolio of brands. A native of
Louisville, Ky., Kate and her husband, Allan Latts, joined Heaven Hill in 2001, which is now the nation’s largest independent family-owned and operated distilled spirits producer and the fifth-largest overall spirits supplier in the country.

Within the industry, Kate is an advocate for women’s advancement in the distilled spirits industry. She has been an advisor to the WSWA Women’s Leadership Council and a member of the Women of the Vine and Spirits — the world’s leading women’s organization dedicated to empowerment and advancement in the alcohol beverage industry. In 2019, Kate was featured in Forbes Magazine “Women Running the Liquor World” series and in 2018 was recognized by Louisville’s Today’s Woman Magazine as the Most Admired Corporate Woman.

Also in 2018, Kate presented “The Future of American Whiskey” at the M. Shanken Impact Marketing Seminar — the premier seminar for executives in the beverage alcohol industry. As the lone female presenter among industry CEOs, Presidents and Leadership, Kate was trusted with sharing the tremendous success of the American Whiskey category and the roadmap for its future. Mike Keyes, President & CEO, Proximo Spirits, Inc.
Before joining Proximo in February 2019, Mike worked for Brown-Forman Corporation, where he was the Chief Corporate Affairs Officer. Mike also served as the President of the North America Region for Brown-Forman and was the first Global Managing Director for Jack Daniel’s, the number-one selling whiskey in the world for over a decade.

Before joining Brown-Forman in 1991, Mike served as Marketing Director for Scotch Whisky Brands at Hiram Walker/Allied Lyons. He started his career at The Stroh Brewery Company, where he held various sales and marketing positions. More importantly, it was there that he met his wife, Beth.

Mike formerly was the Chairman of the Board of Directors of the Actors Theatre of Louisville, and he is an active supporter of the Bob Woodruff Foundation in its efforts to assist our injured servicemen and women. In 2015, Mike was honored with the Dr. Louis Berger Memorial Award at the annual American Cancer Society Wine & Spirits Industry Gala. In 2019, Mike was honored with the Edgar Bronfman Memorial Award for his philanthropic and professional achievements at the annual UJA-Federation of New York Wine and Spirits Division Dinner.

Mike earned his bachelor’s degree from the University of Michigan. He and his wife have three children (Sarah, Jack, and Rob) and have recently relocated to New York City. 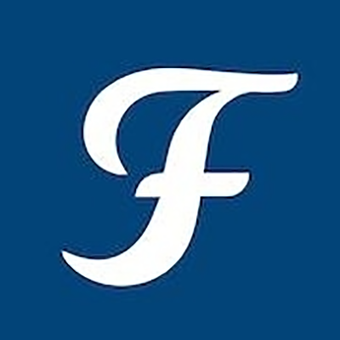